Would you like to switch to the accessible version of this site?

Don't need the accessible version of this site?

History of the practice

Frank R. Baum, MD, Inc. was established in July of 1985 in Kahului, Maui Hawaii. Our mission is to build lasting relationships with our patients based on quality pediatric health care with around the clock availability. We are dedicated to helping parents raise healthy children, both physically and emotionally. We appreciate your confidence in our pediatric care and are proud to have many second generation families (and a few third generation families) continuing to put their trust in our pediatric medical home.

Please rate and review us

Meet our physicians and staff 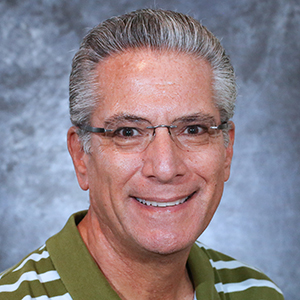 obtained his undergraduate degree from Northwestern University in 1977 with departmental honors in Biological Science and his MD from the Chicago Medical School in 1981. He completed his pediatric residency at the Children's Hospital of Los Angeles in 1984 and was the recipient of the Della M. Mudd Award for the effective application of scientific knowledge, perceptiveness in the care of children and distinguished qualities of character.

From 1984 to 1985 Dr. Baum was a pediatric emergency room doctor at Children's Hospital of Los Angeles prior to moving to Maui. Dr. Baum wanted to be a pediatrician since he was 8 years old and feels that he has been living the dream ever since. His goal in practicing pediatrics has always been to make an impact on the health care of children in a small community.

When Dr. Baum is not in the office he can be found teaching Bricks 4 Kidz Maui (https://www.bricks4kidz.com/hawaii-maui/ )STEM enrichment classes in many of Maui's elementary schools. In 2016 the Maui High School Foundation awarded Dr. Baum and his wife, Colleen F. Inouye, MD (gynecologist) the Saber Spirit Award. This award is given to an individual who is an unsung hero to the school. They are active supporters of HOSA - Future Health Professionals Organization at Maui High School and have funded the Maui High School Valedictorian Scholarship since 2003. Their adult son is a 2003 graduate of Maui High School and is pursuing his passion as a music video producer and director in Los Angeles.

Irene is a former World class synchronized swimmer and coach. She was a member of the Greek National Team in synchronized swimming competing in both team and duet events and has placed in the top 5 in European Aquatics Championships and finals in World Championships prior to her decision to become a Pediatrician. Her goal is to combine evidence based Pediatrics with her experience as a swimmer and coach, providing personalized care to each child and teenager. Born in Washington, DC, she moved when she was 10 years old with her parents to Athens, Greece. She currently lives in Maui, Hawaii with her husband and two young sons, where she feels honored to be able to combine her passion for Pediatrics with the promotion of health and fitness through aquatic sports. Out of the office she enjoys time with her family and friends paddling, swimming, surfing and travelling.

Find us on the map